Welcom to El Tepehuan Mexican Restaurant, an  Englewood staple that has been serving the neighborhood since 1978.

El Tepehuan has a long, rich history. It was founded by Jose’ David Corral who immigrated to the United States from Sinaloa, Mexico in the 1950’s. He worked very hard to save up money to achieve his dream to open his own business. In 1978 Jose’ purchased PJ’s Diner at 3457 S. Broadway, Englewood, Colorado. He renamed it El Tepehuan Restaurant and Steakhouse and opened it in September of that year. For several years Jose’ dished out delicious flavorful Mexican Food to happy patrons from all over the Denver Metro area. To Jose’ El Tepehuan was more than just about food, it was about family. He treated each and every customer like a welcomed guest in his home. He even named our famous “Bob Burrito” after a loyal customer.

In January 1987 Jose’ was killed in a tragic traffic accident. His widow, Graciela, took over day to day operations and has continued his legacy of delivering the perfectly seasoned and spicy Mexican cuisine in all of Denver, turning El Tepehuan into the best kept secret in town! Graciela has continued to meet customers to help make them feel welcomed.

Now called El Tepehuan Mexican Restaurant, we continue our proud tradition of family and quality. We closed temporarily at the end of November 2015 with the thought we would reopen at a new location at the opposite end of the block in a few short months.  Nearly two years passed but on October 16, 2017, we re-opened at our new location, 3495 S Broadway, Englewood, Colorado to a resounding welcome by the community of Englewood, if not, the Denver metro area. We continue to serve some of the best Mexican food in the Denver Metro area just as we have for over 40 years.

Jose’ named the restaurant after the tribe in which his mother was a member. The Tepehuan are a proud indigenous people living in Northern Mexico, predominantly in Durango, Chihuahua, and Sinaloa states. EL Tepehuan has been our name for over 40 years. 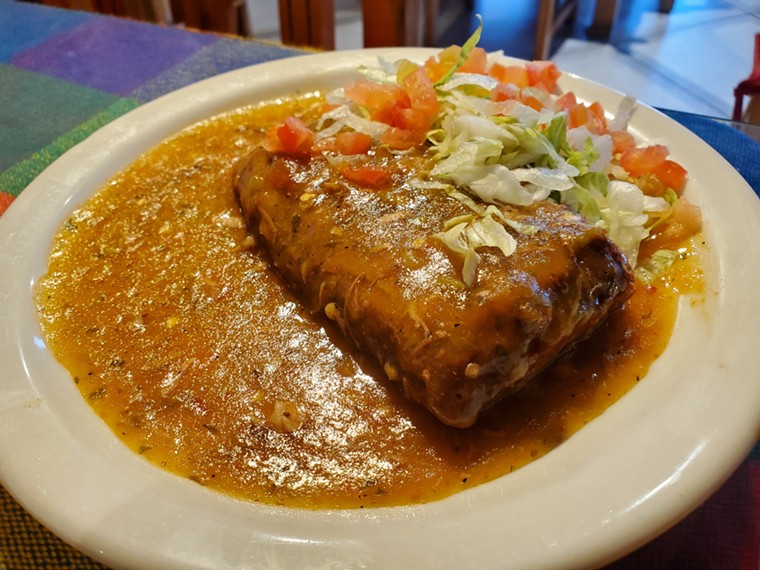 As reported by Molly Martin in Westword Magazine Ten Places to Get the Best Green Chile in Denver Every fall they appear: stands selling fire-roasted green chiles by the bag, scooped up by locals who freeze...

As Reported by Westword BEST OF DENVER® FOOD & DRINK 2022 Known to regulars simply as El Tep, this Englewood staple has been serving the neighborhood since 1978. In 2015, the original location closed, with plans...

This place is outstanding I remember eating their years and years ago at their old location they had the best steak in town hands-down the last time I ate there I was a little disappointing it wasn’t due to the food the food was great the service was great it was just what I ordered I thought would be different but it was not and I didn’t get my steak I got something else on the menu it was good but it wasn’t to my taste and had nothing to do with the food would I recommend this place yes it is awesome and I’m so glad they’re back in Englewood and looking forward to getting back down there!